Learn about all of this and more at Orange County’s numerous historical sites, most of which are within an hour drive of Capistrano SurfSide Inn. Here are a few of our favorites.

$9 admission for adults, $6 for children

Mission San Juan Capistrano has more than 230 years of history. The landmark offers ongoing exhibits and events, including panning for gold and basket weaving demonstrations. Visit www.missionsjc.com for more information.

Fun Fact: Every year on March 19th, hundreds of migrating swallows descend on the mission’s stone church, where they nest until flying south on October 23rd, the Day of San Juan.

Built in 1927 by the founder of San Clemente, the Casa Gardens are an exquisite way to spend the afternoon. Kids love smelling the plants in the scented Children’s Garden! Visit www.casaromantica.org for more information.

$5 admission for adults, kids 12 and under free

Check out the vintage surfboard collection and learn about the history of surfing. The rotating exhibits ensure there’s always something new to see. Visit www.surfingheritage.org for more information.

$12 admission for adults, $5 for children

This historic site educates visitors on the life of Richard Nixon. Tour his birthplace and view the helicopter that took him on more than 180 presidential trips. Visit www.nixonlibrary.gov for more information.

Fun Fact: The onsite museum includes the telephone President Nixon used to call Neil Armstrong and Buzz Aldrin on the Moon and an actual Moon rock.

$5 admission for adults, $1 for children

Owned by the Garden Grove Historical Society, this two-acre historic village features a collection of historic buildings dating back to the 19th century. Call the society at (714) 530-8871 for tour dates and times.

Fun Fact: The most famous structure on the property is the one-car garage where Walt Disney practiced animation in the early 1920s. It’s full of Disney memorabilia. 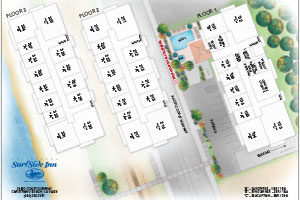